Get ready for the Commonwealth Games

There’s less than two weeks to go until this year’s Commonwealth Games. So, we thought we’d take a look at the history of the games, how they first started and the Games this year.

The first Commonwealth Games (known at the time as the British Empire Games) were held in Hamilton, Canada in 1930 and included 400 athletes from 11 different countries. England, Scotland, Wales and Ireland loved the idea of the games and sent extremely strong teams over to Canada. Other countries including New Zealand, Australia, South Africa and British Guiana also sent teams to compete in events such as track and field, swimming and lawn bowls. As the first Games were so successful, they have taken place nearly every 4 years since in host cities such as Sydney, Cardiff, Kuala Lumpur and will be in Birmingham this year. 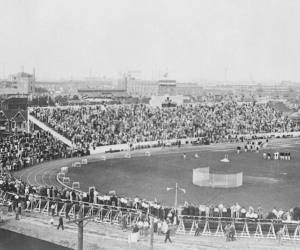 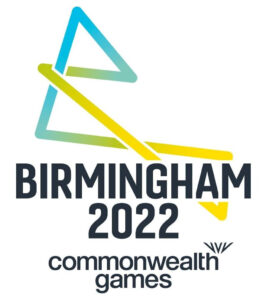 Birmingham is the host of the 2022 Commonwealth Games where we will see Team England compete against over 70 different nations (a huge increase from the original 11 in the very first games!).  With 19 different sports including diving, wheelchair basketball and gymnastics we’re sure it’s going be an extremely exciting 11 days to watch.

Why not take a look at the full day-by-day schedule – there’s certainly something for everyone.  (Home of the Birmingham 2022 Commonwealth Games)

When it comes to sporting events, the UK really does love to show their support. A flag is the best way to show your national pride, collective unity and the bringing together of like minds. It’s certainly more than just a piece of coloured material attached to a pole. Here at Harrison’s we understand the importance of flags. That’s why we offer various different options to cater to everyone’s needs. In addition to digitally printed flags we also offer a premium hand sewn service for a high quality finish. Our skilled seamstresses can create most flag designs by hand in-house at our UK-based office in Newton Aycliffe.

England, Scotland, Wales and Northern Ireland are all competing at this year’s Commonwealth Games. The flags you need can be found in our Home Nations flags category. Supporting a team from further afield? We’ve got you covered with our World Flags!

Sustainability is extremely important to us which is why we introduced our Harrison Eco™ range in 2018. It’s made using single-use PET plastic bottles and industrial polyester waste. This would otherwise be sent to landfill, this innovative material is perfect for print products. Read more about our eco-friendly range here.

If flying a flag from your bedroom window doesn’t quite cut it, then why not think about installing one of our garden flagpoles. Available in both aluminium and glassfibre and with a choice of a gold, silver or white finial for the top. So, you can fly your flag with pride all year round. Take a look at our installation guide that’s full of handy tips.

Sit back and enjoy the Games

Got your flags flying to show your support? All there is left to do it sit back, relax and watch another fabulous year of the Commonwealth Games. Whichever team you support, we hope they do well and win some medals!