Introducing Flag of the Month

The 3 flagpoles outside Harrison Group Head Quarters have been given a new lease of life this week with some brand-new flags.

The Harrison Group logo is joined by our sister company Pollite’s logo as well as a guest flag which will change each month. This month in honour of Pride Month we are flying the Pride Rainbow flag.

June's Flag of the Month

The rainbow flag has become a symbol for the lesbian, gay, bisexual, transgender and queer (LGBTQ) community.

The original flag was created by Gilbert Baker in 1978 as a recognisable emblem of empowerment for the queer community.  It comprised of 8 coloured stripes; hot pink, red, orange, yellow, green, turquoise, indigo and violet. After a short time, the design was altered, and 2 colours were removed. The hot pink was deemed too costly to reproduce and the turquoise and indigo stripes were dropped in favour of royal blue when organisers of San Francisco’s Gay Freedom Day Parade wanted to split the flag in half to fly across the street and wanted equal stripes on each side.

Our Pride flag (along with the company logo flags) is printed and finished in our County Durham facilities on Enviroflag™, our revolutionary material made from recycled plastic.

Plastic items such as PET bottles and industrial polyester waste are melted down into chips, then spun into yarn that is knitted to form a material. Enviroflag has the same durability, strength and versatility of its knitted polyester equivalent but with a much lower environmental impact. We are the first UK supplier to offer an eco-friendly option rather than the standard polyester flags made from virgin plastic.

We offer a range of flags (including several Pride flags) in our Enviroflag material. Find out more here and purchase here.

The Harrison Group and Pollite logo flags have added anti-fray to help them last longer. This special netting reduces the risk of fraying and damage to the flags. Anti-fray is avalbale on all of our standard digitally printed and handsewn flags as standard and on Enviroflag on request.

Simon Lunt our Commercial and Operations Director had the honour of raising the new flags. Simon joined Harrisons 2 years ago and is now responsible for the Sales, Marketing and Operations functions. He basically makes sure we have a quality product that our customers know about!

Simon is passionate about reducing our environmental impact and has been a driving force in bringing Enviroflag and our other environmentally products to the market.

You can learn more about Simon here.

The old flags will be upcycled as part of our Fabric Upcycling Scheme. They will be washed and turned into dog toys that we donate to local dog rehoming charity FLOOF. 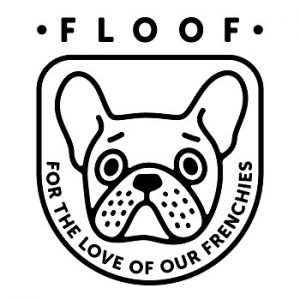