The show which runs for 4 months during the summer in County Durham, North East England, welcomes 8,000 spectators each Saturday night to tell the story of invasions, royal splendour, wars, heroic sacrifice, daily life and seismic change in the history of England. It showcases “dazzling pyrotechnics, beautiful choreography, amazing stunts and hard-to-believe horsemanship combine with an inspired, original soundtrack to leave audiences and critics enraptured and awestruck.”

This year‘s show focused on the Vikings. It features Viking longships teeming with marauding invaders attacking a fishing village and leaving a trail of destruction and fire.

We were asked to design and make 6 giant sails for their longships and 18 huge tribunal flags to be hung at the side of the building just days before the press launch for the show. 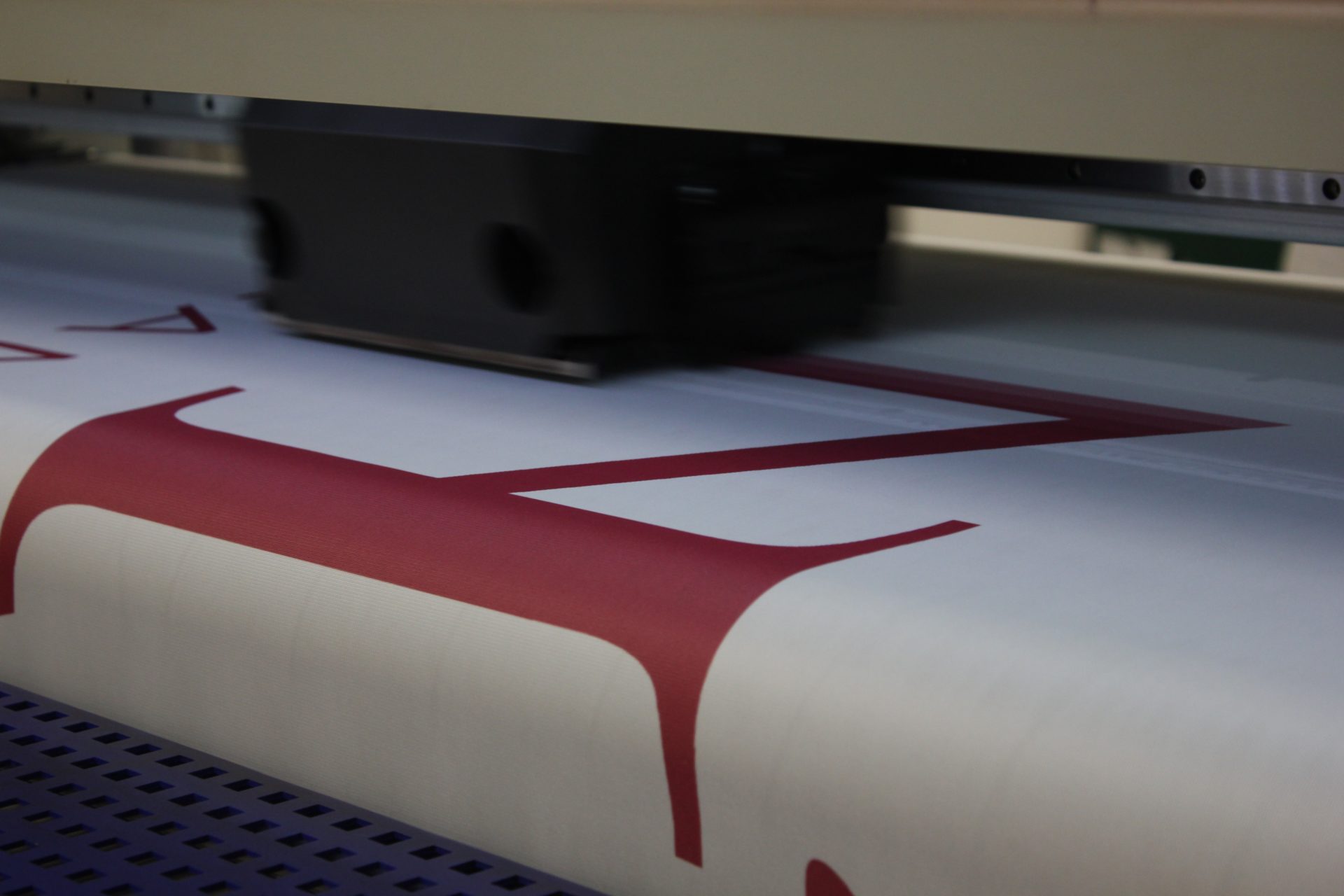 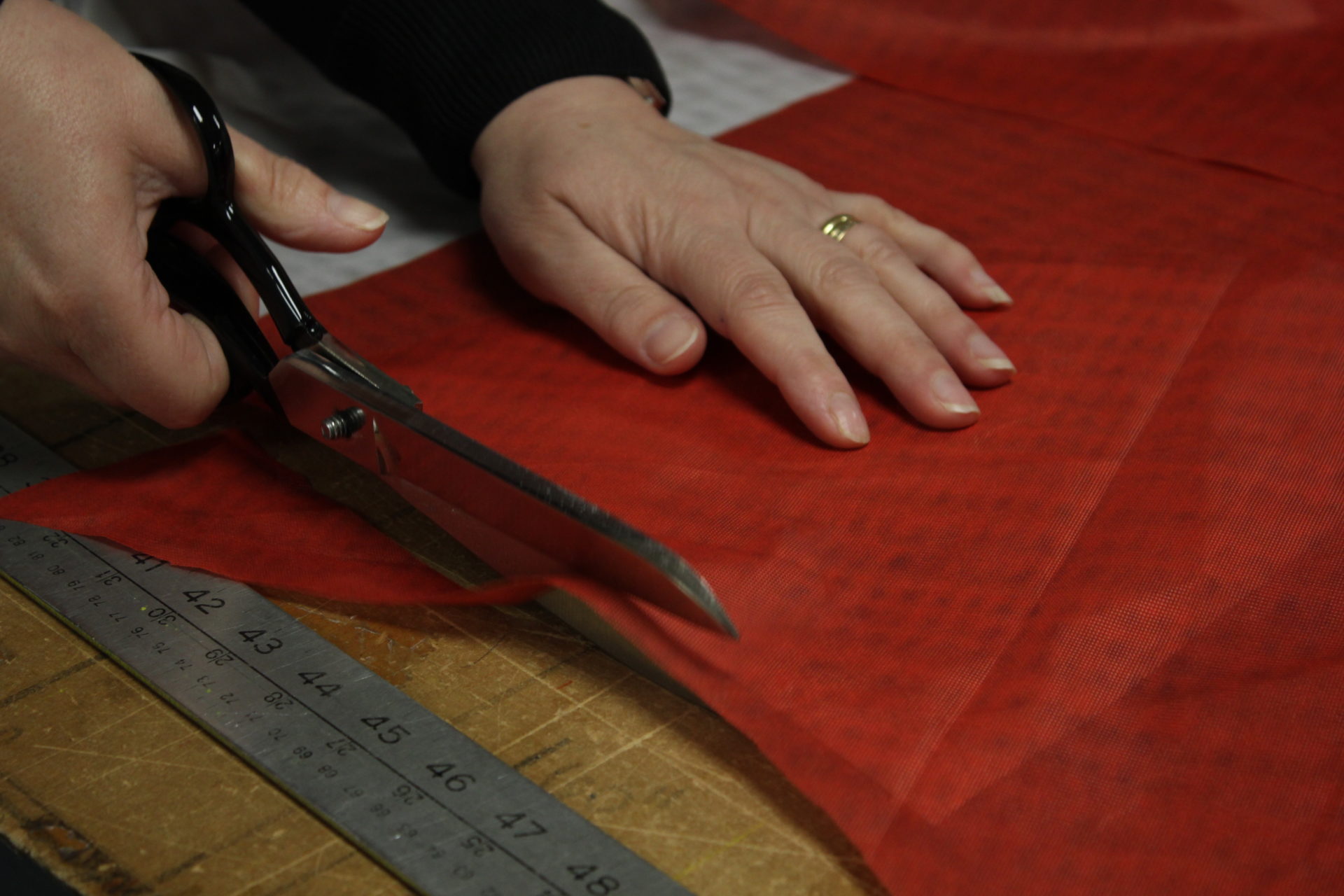 The work was complex and challenged even our experienced seamstresses. The very short lead time was also a challenge.

The sails made from knitted polyester were some of the largest items we have ever worked with at 6 – 7 metres wide each. The current sails were old, dirty and damaged but we were able to use them to take measurements and make templates for the new sails so we could be sure of a good fit on the existing poles. The sails were printed in 2 designs on knitted polyester and our UK based seamstresses sewed in reinforced PVC corners to each sail to prevent damage from their weight. Each sail took 8 hours to cut, hem and sew. It was a challenge to get everything ready in time for the press launch the following week. We were also available to offer technical advice to the Kynren event team on how to lower, change and raise the large sails quickly mid show using their existing flagpole. We are working with them on a new solution for next year’s event to make the process even simpler.

Kynren organisers wanted something to wow the crowds before they entered the event village and decided to use large flags as a tribute to the horses taking part in the show.

We carried out a site visit to get a full understanding of the client’s requirements. We printed and sewed 18 different 1.5 x 6.5 metre tribunal flags to match each horses costume. Every flag was cut into a fish tail shape and finished with a sleeve at the top and a hidden sleeve ¾ of the way down to hang on their existing flagpoles.

This last-minute complex project was a pleasure to work on and the team loved seeing their hard work come to life. 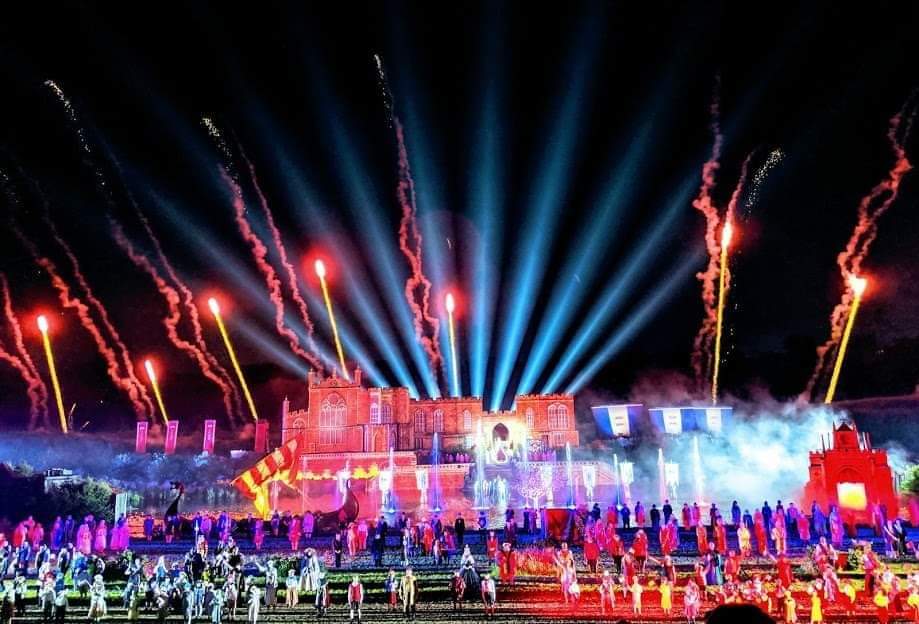 If you would like to find out more about the products discussed in this case study, please do not hesitate to speak to one of our specialist advisers.

If you’d prefer us to contact you leave your details in the form opposite and we’ll get back to you as soon as we can.

Leave your details and we’ll get back to you.